Find out how Airy helped discount retailer TEDi drive new customers to its 2,250+ stores around Europe with messaging.
By
Marguerite Bravay
August 2, 2022
•
Retail

Before working with Airy, TEDi focused primarily on print marketing. However, the discounter saw that customer messaging and digital relationship building was essential to remaining competitive. In this spirit, TEDi wished not just to better support and acquire a new pool of customer contacts, but also to retain their attention and loyalty.

Concretely, this meant turning to channels like Google’s Business Messages and Facebook to generate and re-engage high quality contacts in a personalized manner while keeping ad spend low.

In this case study, you’ll find out how TEDi and Airy achieved their marketing and support goals via Messaging.

Airy was essential to our successful transition from print to digital marketing, and thanks to their team of growth experts, we are now ahead of the curve. Airy helped us set up and implement a fool-proof messenger marketing strategy and state-of-the-art automations, allowing us to connect with thousands of new target customers in a matter of days.

Founded in 2004, TEDi has since made a name for itself as one of the leading European companies in the non-food sector, where quality and sustainability accompany low prices. With over 2,250 stores and 20,000 employees in 9 countries, customers can choose from 9,000+ items at each location, ranging from daily household goods to stationary, toys party and cosmetics and many more. 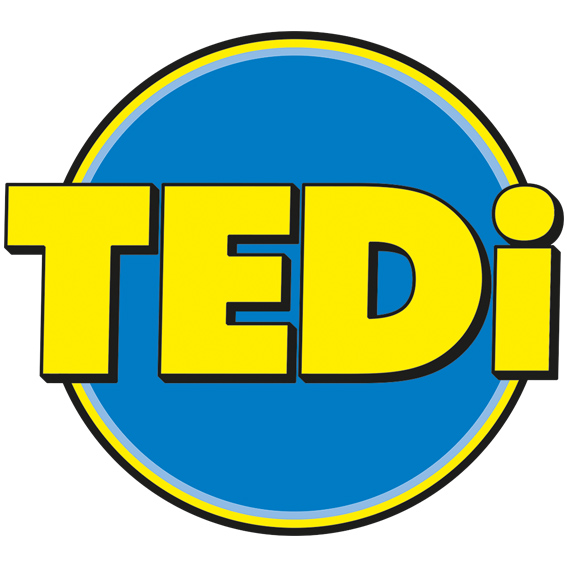 Before working with Airy, TEDi focused primarily on print marketing. However, the discounter saw that customer messaging and digital relationship building was essential to remaining competitive. In this spirit, TEDi wished not just to better support and acquire a new pool of customer contacts, but also to retain their attention and loyalty.

Concretely, this meant turning to channels like Google’s Business Messages and Facebook to generate and re-engage high quality contacts in a personalized manner while keeping ad spend low.

In this case study, you’ll find out how TEDi and Airy achieved their marketing and support goals via Messaging.

Business Messages is a new platform allowing consumers to send messages on Google Maps and Local Search to the brands – and specific store locations –  they are looking up. People can ask product or service-related questions in an easy, natural way, chatting as they would with friends and family. Businesses can just as easily answer potential customers, helping clear up any pre-purchase questions and driving quicker sales.

In June 2020, Airy integrated 1700 TEDi stores with Google’s Business Messages. People interested in TEDi can now search for the retailer on Google Maps, discover the closest locations to them, tap “Message” and seamlessly start a conversation powered by Airy automations.

People are greeted by a welcome message, where they can choose from several preselected questions to automatically answer their FAQs. They can also type in their own questions and keywords will match with Airy’s pre-written answers. If no answer is found immediately, the request is passed on to a human.

In the first month, TEDi has received and automatically answered a myriad of pre-purchase questions, mostly focusing on product availability. As the retailer knows, efficiently answering pre-purchase enquiries in a timely way helps to drive more sales.

All TEDi conversations are centralized. As such, no matter which store location a conversation starts with, its content will end up in a single inbox. This makes it easier for TEDi support agents to respond to all incoming messages in a coordinated manner. (Depending on Airy’s client requests, decentralization is also possible).

Google’s Business Messages is only one of the tools Airy uses to help clients like TEDi help their current and future customers.

2. Use Facebook Messenger to Reach and Retain Local Target Customers

Prior to working with Airy, TEDi had under 400 Messenger contacts. After the first campaign, the retailer had acquired 3,397 new contacts.

Airy’s growth team conceptualized, ran and optimized TEDi’s first major Facebook initiative to ensure that the right audience was reached at the right time. In terms of targeting, the campaign incorporated:

Ads first appeared in potential customers’ news feeds and promoted Messenger-only deals. Once an ad was clicked on, a Messaging bubble, automated by Airy, popped up, capturing contact details for future communication.

People next had to actively opt in to receive future TEDi newsletters, creating a positive, transparent customer experience. This explicit subscription confirmation was further praised directly by Facebook, given that no other company had, to date, set up a double opt-in process on Messenger.

In 10 days, TEDi’s newsletter campaign generated 4,038 ad clicks and 2,752 newsletter subscriptions. Of the contacts acquired, 97% were German women between 20 and 65 years old.

Airy’s Messenger campaigns and automations help us reach more people in our target markets and keep them abreast of the most relevant store information for their location. Not only are we able to reach new potential customers in target locations, we can easily stay in touch with them long-term via Messenger.

Understanding the power of Messenger, TEDi further sought to use this channel to promote new store openings and drive local, in-store traffic.

Airy worked with TEDi to set up, manage and optimize click-to-Messenger ad campaigns every time a new store was announced. Based on data gathered from the previous Messenger campaign, TEDi decided to exclusively target women aged between 20 and 65.

To keep the campaign locally relevant, ads were only shown to people who live, or recently were, within a 3 mile radius of the store.

Carousel ads with enticing product offers were launched, including a “Learn More” call-to-action button. Once clicked upon, a Messenger conversation appeared, addressing people by their first names and providing a few more details as to the store opening.

Potential customers could then choose from several options, including “show deals” and “store directions” to continue the conversation via Messenger. At this point, TEDi had captured people’s contact details for future communication.

Each campaign was allocated a budget of 56$ and ran for 3 days, reaching on average 2,950 people and generating:

As further proof of interest and successful personalization, TEDi’s inbox began overflowing with customer responses to automated messages. The brand received questions (i.e. how big is the new store?), seamlessly passed on to support agents, as well as a myriad of  positive emojis.

Through Messaging, TEDi transitioned from a brick-and-mortar retailer to a digital leader. Leveraging Business Messages and Facebook, TEDi is now able to better support, acquire and retain customers without spending a fortune or burdening staff.

Ready to see what Airy can do for you?

Thank you! Your submission has been received!
Oops! Something went wrong while submitting the form.
Get Started

This website uses cookies to improve your experience. We'll assume you're ok with this, but you can opt-out if you wish.